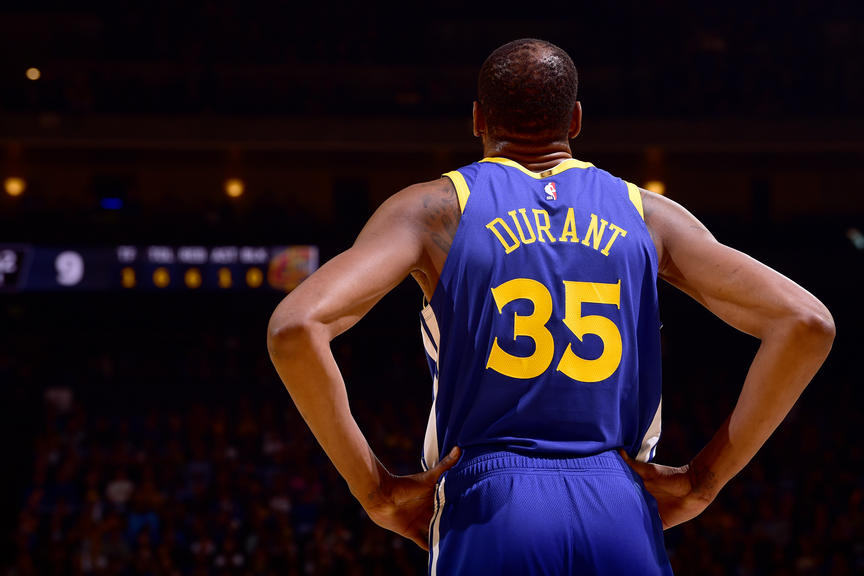 My Tribute to Kevin Durant

Kevin Durant has decided to leave the Warriors and sign a five-year deal with the Brooklyn Nets alongside Kyrie Irving and DeAndre Jordan. That news hit so hard yesterday I tweeted this:

I received some backlash but honestly, the article from The Athletic is really why the trade hurt me. If you haven’t read it and you’re a KD fan, maybe don’t read it.

He explained (or rather Marcus Thompson II explained), how the Warriors were unable to provide KD with the type of camaraderie he hoped for throughout the years. The Dub fanbase didn’t greet KD with open arms; ‘We don’t need KD, we can win rings without him!’ Finally, the media continued to put KD and Curry against one another rather than analyze them as a lethal unit. If a game went sour it was KD to blame, never Steph or Klay.

I can admit when KD was at OKC I couldn’t stand they guy because he is so damn good! He matched Curry on his offensive plays and those constant fade-away shots, damn I hated that stuff against my team. But once I found out KD was meeting with the squad in the Hamptons I was hyped.

I’ve said it once and I’ll say it again, everyone plays 110% better when the matchup is against the Warriors. It took a lot of energy to get back to the ‘Warrior Way;’ the Dubs had a ton of turnovers, Green and KD had that tiff early on and their negative attitudes were present on the court. After reading The Athletic article, I’m still confused because if KD felt that way, why did he risk another injury in Game five? I know he loves the game, but no one wanted him to endure another injury to set him back from a quick recovery.

I remember the countless come back games he led, the dope dunks/ layups he created going coast to coast and finally his matchup against Lebron during the 2018 Finals. KD was described as a backup asset to the team, but in reality he saved the game more times than we can count. There have been so many moments throughout his three years where Curry has been double-teamed, and in those moments Thompson would most likely be the lead shooter. Instead, KD would pull up and shoot 30 plus, six rebounds and three blocks.

If we watch highlights I thought KD had that type of bond with the Dubs…so it’s all confusing to me. Maybe one day he will write a book and give us the tea on why he decided to break my heart in 2019. (Kidding.) The depiction of the Warriors wasn’t my favorite either. Simply because the entire team is full of All-Stars and family men, it’s difficult to create a bond with them?

I’m going to miss rooting for KD in blue and gold, but at least I have a year to adapt to the changes. 2020 is going to be a confusing basketball season. No KD or Klay Thompson. I wish them both a speedy recovery and I will continue to root for KD on the low 🙃