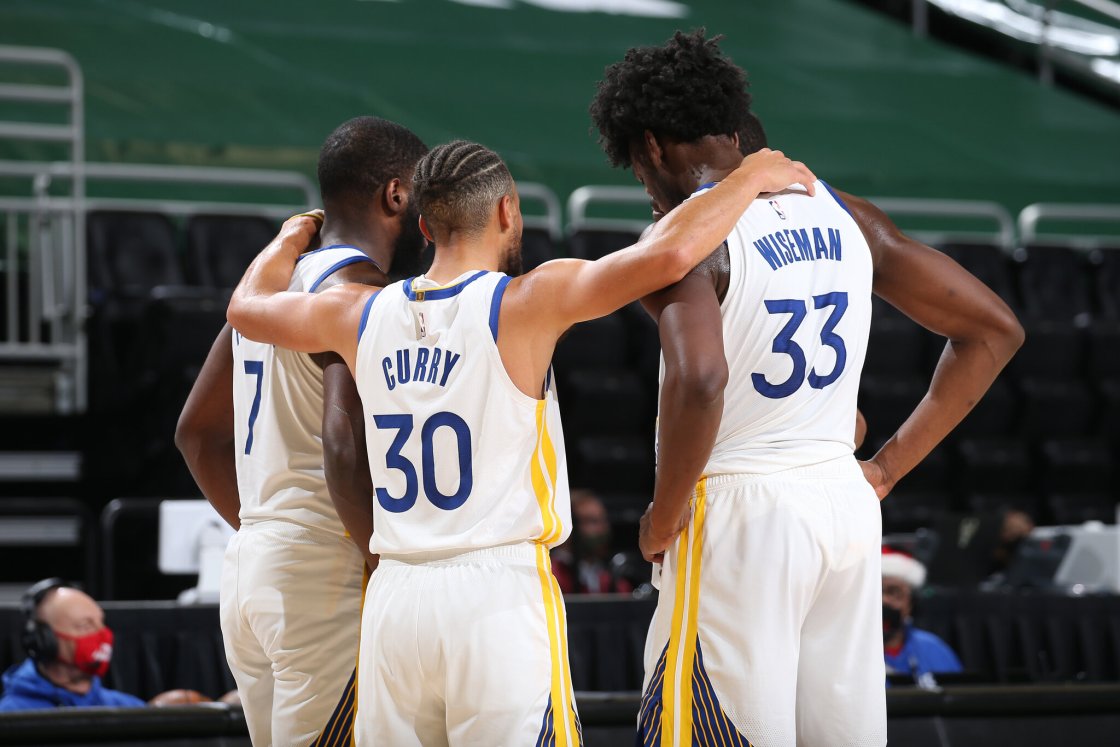 the new and adapting warriors

December 29, 2020 – The NBA made a rapid return during the COVID-19 shut-down with the invention of #bubblebasketball. 22 teams were invited to play at the ESPN Wide World of Sports Complex at the Walt Disney World Resort in Orlando, Fla. Fast-forward to October and the Lakers were crowned the 2020 NBA Champions. After a short lived victory, the NBA season began on Dec. 22 with a variety of super-star changes.

Along with the 2019 NBA Finals loss the Warriors also lost one of their All-Stars, Kevin Durant, because he chosen to head to Brooklyn. He’d been looking for the opportunity to play with his close friends, them being one of the best point guards in the league, Kyrie Irving, and center, DeAndre Jordan.

To kickoff the season the Warriors faced KD and his new team for the NBA season opener, but were down another key player and All-Star Klay Thompson. Thompson suffered an achilles injury over the Thanksgiving holiday and reported he would not return for the 2020 season. Warrior fans are used to spectacular shooting, chemistry and the most unexplainable made shots ever. But without KD and Thompson, the Dubs needed to find some new shooters to fill in the holes. Immediately following Thompson’s injury the Warriors signed Kelly Oubre Jr who averaged 17.9 pts and 45% from the field during his two season with the Suns (who were killer in the bubble by the way). They also added Andrew Wiggins to the mix with a trade of D’Angelo Russell to the Timberwolves. With all these new additions it’s going to take some time for Curry to adjust. How can we expect the Warriors to carry on the remainder of this season?