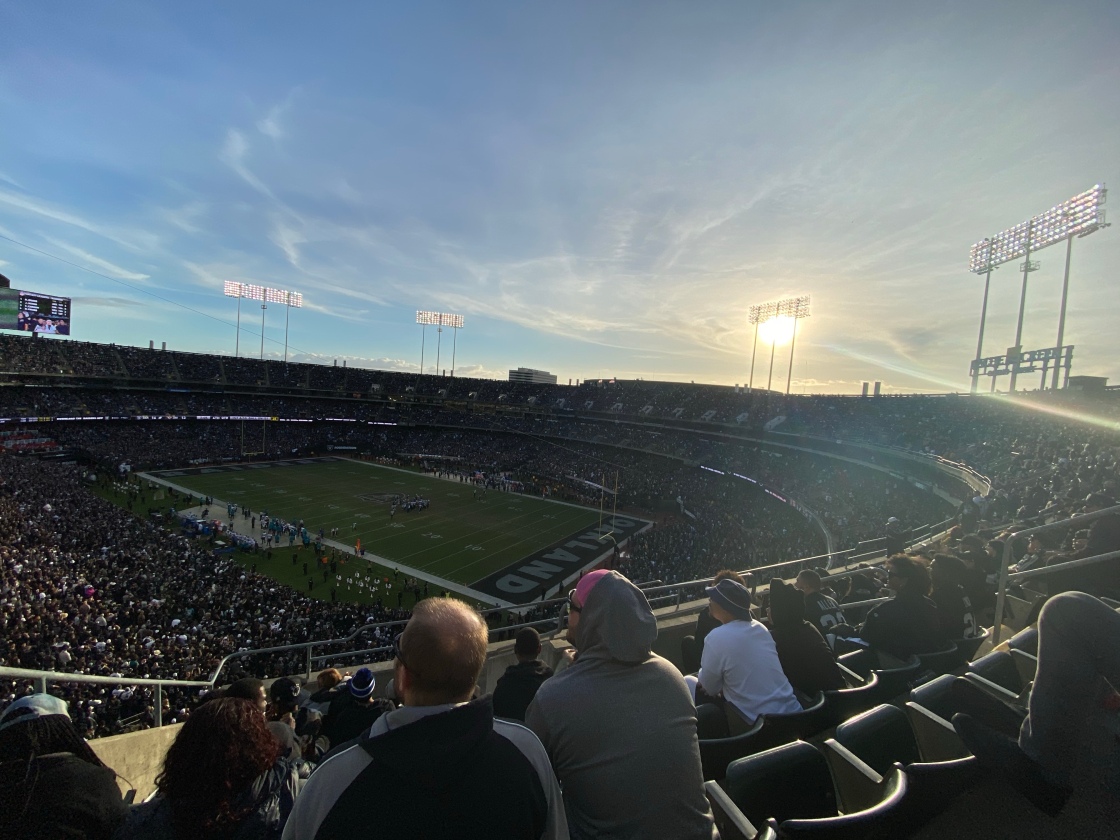 December 18, 2019 — Sunday was the final home game in Oakland for the Raiders and they left that stadium with a bang. Not a positive bang. A negative one which reminded the fans we are still in a transition period.

I’m going to try to keep this article less emotional and more analytical, so please excuse me if I go off a little bit here and there.

Carr has truly changed over the years. After his injury in 2016, it’s apparent that his playing style has become a little more safe. His performance against the Titans (262 yards, 2 TD, 25/34 completed) last week was FAR better than his performance against the Jags (267 yards, 1 TD 22/36 completed). Both home games. Both new-ish QBs (aside from Ryan Tannehill just dominating offensively).

Carr has lost that aggressive persona and it shows. He used to be as stealthy as the next rookie QB and dart through openings in the defense. Now, we can count on him falling back in the pocket and losing yards, forcing the team to punt.

I don’t agree with this (even though I am as upset as the next hopeful Raider fan), but you can see the BLACK HOLE boo’ing Carr as he left their loss against the Jags:

The hopes of competing in the playoffs this season have now fizzled away and the Raiders will begin their new season in Las Vegas in 2020 with HOPEFULLY some offensive adjustments. Will Carr be one of those? If the mock drafts that are circling the internet turn out to be true, then the Raiders have an early teen-round pick and could possibly use that for a strong QB. But let’s face it since AB ruined every relationship he possibly could this year (thanks for nothing), we will likely replace him with a trustworthy WR1 to assist Tyrell Williams.

You know how the tortoise beat the hare because he took his time and the hare was burnt out in the end? That’s how I feel the Raiders offense begins and ends their games.

Their third-quarter performance needs help and it has to come from Jon Gruden’s play calling. Okay enough hate on the Raiders.

It’s sad to see two Bay Area teams truly leave the Bay Area (if you’re not from here, 49ers new stadium is in Santa Clara which is NOT in the Bay Area AT ALL.)

Because they have built a brand new impeccably beautiful stadium in Las Vegas, the Raiders have found a new home in the dry, party filled desert, and have left the Raider fan base in Oakland forever. (Unless everyone chooses a new team next year :P)

My family has attended Raider games since before I could remember and I’m so blessed to have been a part of one of the DOPEST fan bases in the country. So long Raiders…if I go to a Vegas game. Oh who am I kidding, I love Vegas🎉